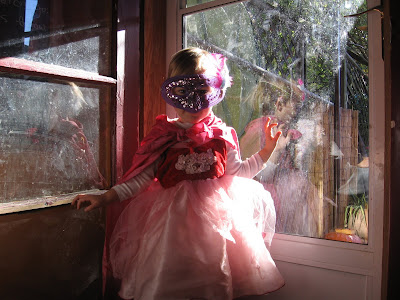 Embraced by the City 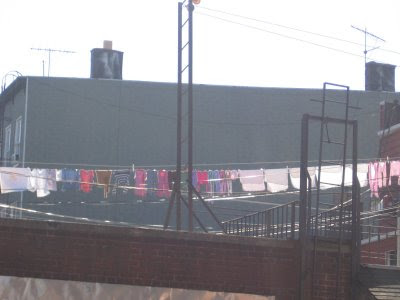 Happy Halloween from Brooklyn.♥♥♥♥♥♡♡♡
Posted by rosemondpost at 8:12 PM No comments:

Email ThisBlogThis!Share to TwitterShare to FacebookShare to Pinterest
Labels: Embraced 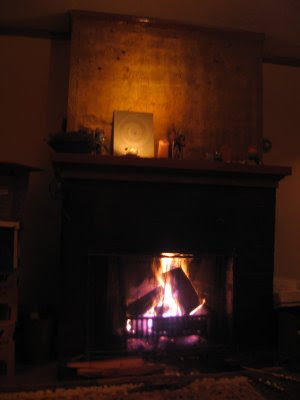 I danced, lit candles and listened to music as I packed and stored all my belongings. I'm out of my apartment and off we go to NYC. This image is my last fire in my fireplace on SE Larch Street. It was a wonderful place to live, but I was never there. I trust I will find another perfect abode when it's time. More later...it's Halloween in New York City! We're going to buy pie.
Posted by rosemondpost at 9:03 AM No comments: 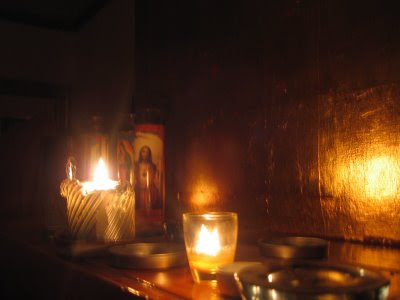 The thick, abundant, magical, fall.
I'm so happy, high, pie in the sky.
I don't care to worry.
We cooked!
Everything is beautiful.
Zucchini!
Posted by rosemondpost at 12:42 AM No comments: 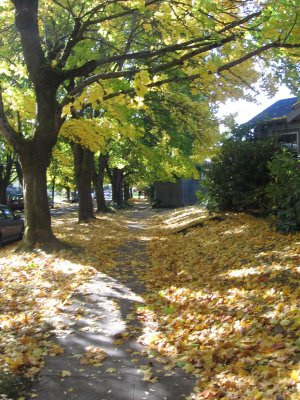 Today was soft, warm, golden, buttery, sunlit autumn in pdx.
This has been my sweetest visit so far, so good.
Love is in the air and I melt with the touch of brown.
Luxurious and smooth I dance and play.
Soaking in a tub of steaming, scented water,
I listen to music of the times.
This five day reprieve into my secret creation is miraculous.
I'm inspired by growth, surrender and acceptance.
I Love!
Posted by rosemondpost at 6:29 PM 3 comments: 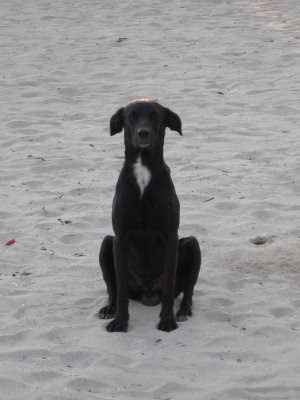 This dog's got balls!
So do I.
I can do this next journey.
Posted by rosemondpost at 7:51 PM No comments:

Email ThisBlogThis!Share to TwitterShare to FacebookShare to Pinterest
Labels: I don't wanna go 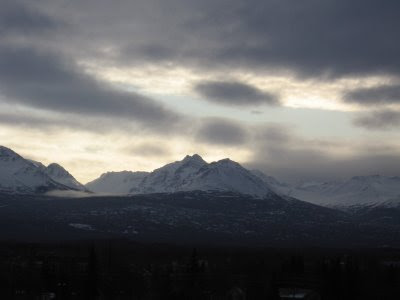 I Love Beauty
But Beauty won't speak to me
Tonight I find it humorous
An encouraging sign
The invitation is to make light of the
situation that threatens to overwhelm me
The advice was to follow the path that God intended
The gift is to laugh
Heaven's music is laughter
The blessing was, "God Speed My Little One"
Posted by rosemondpost at 9:10 PM No comments:

Email ThisBlogThis!Share to TwitterShare to FacebookShare to Pinterest
Labels: I Love Beauty 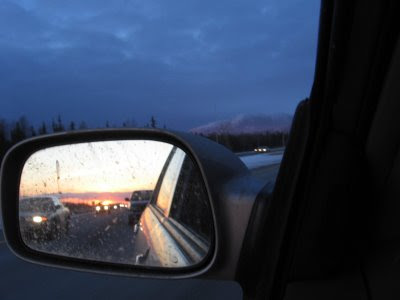 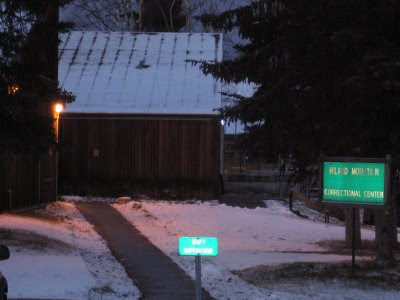 Teaching yoga to women prisoners is a blessing
Our word for the practice this evening was compassion
I took them on a journey
They asked to listen to my rain in the forest with birds song twice
I nearly cried in front of them often
So beautiful and supportive
We even did Elbow to Knee w/Block
Power house big house
I love my home in Alaska
It's such a rarity
Let me love
Let me forgive
Posted by rosemondpost at 10:46 PM No comments:

Email ThisBlogThis!Share to TwitterShare to FacebookShare to Pinterest
Labels: I Didn't Know

Round Dance in AK 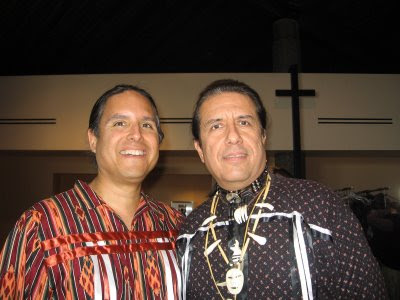 I went to the Native Heritage Center last weekend. They had free admission all day, so many people came to see the entertainment and the Center. I enjoyed it. Seeing all the people there was great and the performers were outstanding. I saw Medicine Dream, they're a native band from Alaska that were funny, talented, moving, exciting and rocking. Buzz is one of the members and he led the audience in the 'Round Dance'. He was singing and playing drums, and then he calmly said, "Let's dance." He gracefully stepped off the stage and started to dance alone, then slowly people got up to join him. It was beautiful to see the families get up and dance like they've danced forever. I was touched in a profound way. The community here in Anchorage is small and supportive. I felt welcome. The Center is a well designed structure that I found comfortable and it seems to serve the people. I was there with KNBA, the Native Voice Radio Station here in Anchorage. 90.3 FM. You can stream it. I was helping Shyanne Beatty organize interviews and I took photographs. The shot above is two members of Medicine Dream. I hear the Raven outside my window, I gotta go see what's up.
Posted by rosemondpost at 12:08 PM No comments:

Email ThisBlogThis!Share to TwitterShare to FacebookShare to Pinterest
Labels: Round Dance 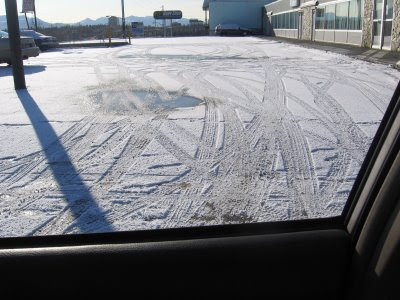 I take the feathers
in my hand
I touch them gently
Arrange them
Hold them up
Hang them down
Admire the form and shape
I had wings once
My heart has wings today
I fly toward the mountains
To a place I know
My sacred space in Alaska
The sweetest spot in
the Great Land
Posted by rosemondpost at 12:35 PM No comments: 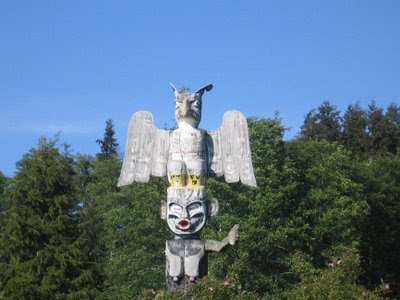 I drove to Eagle River where the Hiland Mountain Correctional Institute is and taught yoga to the inmates. As I cruised north, I listened to the last Presidential debate before the election on the radio, and kept my eyes on the wintry road. It's been snowing a lot. The undercurrent of Anchorage comes out as the temperatures plunge, darkness settles upon us, and snow blankets the dreary city. I've recently spent some time with folks who don't love Alaska. They ask me, "What are you doing here?" I laugh and say, "I was told to come here, by a very strong force in my life. It's called my heart." They answered back laughing louder, "This is hell Robin. This is hell." When you go into a prison like I did tonight, you feel fortunate not to be incarcerated, but you also have a haunted feeling. There's a distinct loneliness when you see families visiting each other. Children spending time with their mothers in jail is heart wrenching. It's like getting a belly kick and you can't catch your breath. Before I left for the prison, I watched some of the debate at home with the 18 year old foster child who lives at the house where I stay. His name is Antonio. He wants to be a marine and is a McCain supporter. We got in to a political discussion that led to an argument. I was taking the world peace approach and he was staunchly giving all the reasons why there could never be world peace. I said, "There should be no guns. People have guns because they're afraid." He said, "McCain will lead us through the troubled times ahead better than Obama." I was frustrated listening to him talk over the debate and in a hot flash of anger I said, "Yea, well if Obama wins, they'll probably assassinate him". Antonio asked, "Why, because he's black?" and I said, "No, because he's President." Antonio said, "The CIA won't let anyone get to the President". I said, "Are you crazy? Nobodies safe in this world." He insisted that the CIA was protection enough. I said, "Antonio, Presidents have been murdered before." He replied, "That was a long time ago." I couldn't believe he thinks it's ancient history. I can't believe he actually feels the CIA can protect anyone. I said, "Antonio, anyone can be bought. Kennedy may have been killed by the CIA. It could have been an inside job. You can't stop people who're willing to martyr themselves." I cursed at him and said he was stupid. I immediately felt awful, but I was angry and I wanted to teach him something that would change his mind. Then, in the car, on the way to the prison as I listened to Mc Cain and Obama debate health care, education, Roe vs. Wade, and closing remarks, I felt sick about the future. It wasn't a relaxing start to teaching yoga at the prison. It set the tone and I was disjointed. But the women were sweet to me and appreciate anyone coming, giving their time, and sharing knowledge with them. I taught a basic yoga class and threw in a few things I hoped they'd never seen before. People who love yoga enjoy learning new poses and ways of refreshing familiar ones. It was a small class and they tried to make me feel comfortable. I made them laugh out loud a few times, because I'm an outrageous GrandMa who teaches yoga. I told them I would be back next week. They asked if I would start another class. I said I would think about it. I walked out of the prison and cold air hit my face. Tears welled up in my eyes as I got to my car and turned on the engine and heater. I put 'Substitute For Love' on the cd player, slowly drove the snow covered road back to Glen Highway, and headed South to Anchorage. I looked at the fog, snow, and cold, damp air hanging in the Alaska night. I know I'll be shown the way. Things will become clearer to me soon. I understand why people don't like it here, but I've only just begun.

I'm using an image of my favorite totem from Alert Bay. I'm posting it in honor of the women in prison and all the people I love.
Posted by rosemondpost at 10:38 PM No comments: 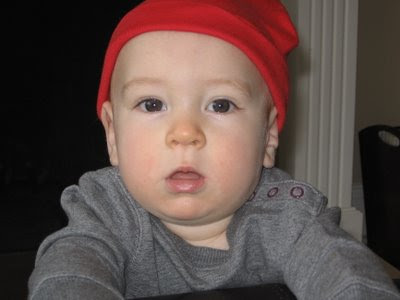 I'm electric
The current is bliss
Irony is the cherry
Love is the cake
Mandala Circle Sunday
Baby Face Jackson
Wisdom of the children
Play I say
Posted by rosemondpost at 8:56 PM No comments: 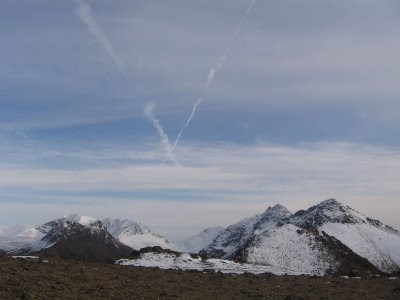 Friday gives me joy
The wind is up
Leaves dance
Clouds stack and drift
My heart hears a new song
A sweet, soft melody
Dreamy and touching
I melt in the view
Standing and facing east to the Chugach
I turn to each sacred direction
Open my heart
Stepping light
with my love
I honor the day and am satisfied
Posted by rosemondpost at 3:15 PM 2 comments:

Email ThisBlogThis!Share to TwitterShare to FacebookShare to Pinterest
Labels: Satisfied 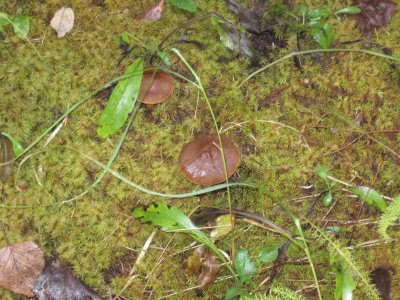 In Alaska I do more
Each day is harder than most places
I don't mind
The challenge is good for me
I'm an empty vessel
Filling up with only good love
The little things of life
are precious here
I appreciate the Great Land
Posted by rosemondpost at 5:37 PM No comments: 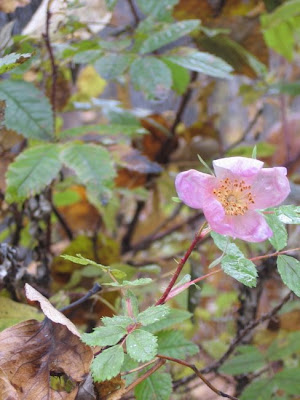 I ponder the clouds
and am amazed at the changes
still on track
I'm approaching the year in a new way
open to my future
but relishing the moment
I honor the sacrifice
Hawk feathers
doing my own work and art
Hiking the forest
filled with ancient spruce
rattle flowers and willow
I sang with the Raven
and the message was
fly Robin fly
Posted by rosemondpost at 1:10 PM No comments: 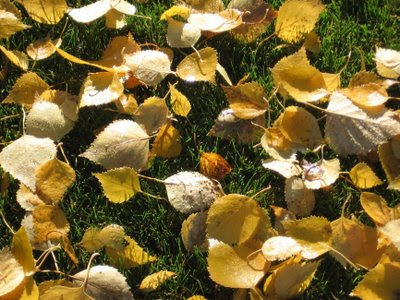 I woke with the sound of trains and rain. I feel the end of Autumn is here and I look within myself to sense the reaction of my heart as winter steps closer. The shelter of warmth will be transformed into silent snow. I listen to my pulse drumming the pace of life flowing in my veins. I dance and twirl celebrating free spirit. My dreams reveal the depth of the pockets of pain. I'm healing and it's relief to recognize how I've grown. I understand myself and acknowledge that my bravery and passion quell the doubting mind. Thank you Alaska.
Posted by rosemondpost at 9:51 AM No comments:

Email ThisBlogThis!Share to TwitterShare to FacebookShare to Pinterest
Labels: Rain on Lord Baranof 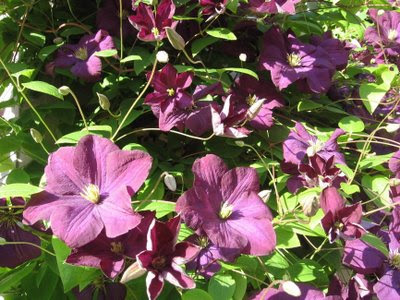 Music heals our hearts
The brilliant fall days in Alaska
have made up for the grey summer
The whole world is tumbling
I love the ride
Love leads me
I find this place sexy, alive, spiritual, hard core, wonderful!
Dance, sing, play, work, pray
Posted by rosemondpost at 1:19 PM No comments: